The TV show ‘Austria’s next Top Model’ was producing a static advertisement featuring Austrias next Top Model contestants and it’s main show sponsor ‘Audi.’ The production of the photoshoot was streamed in an episode of the show. I art directed the photoshoot, collaborating with graffiti artist Markus Wesenauer to paint the set, and photographer Susanne Stemmer to shoot the advertisement.

In order to create a set that would be photographable without distracting reflection, we built a tent around the indoor set as shown below. Final images of the photoshoot available upon request. 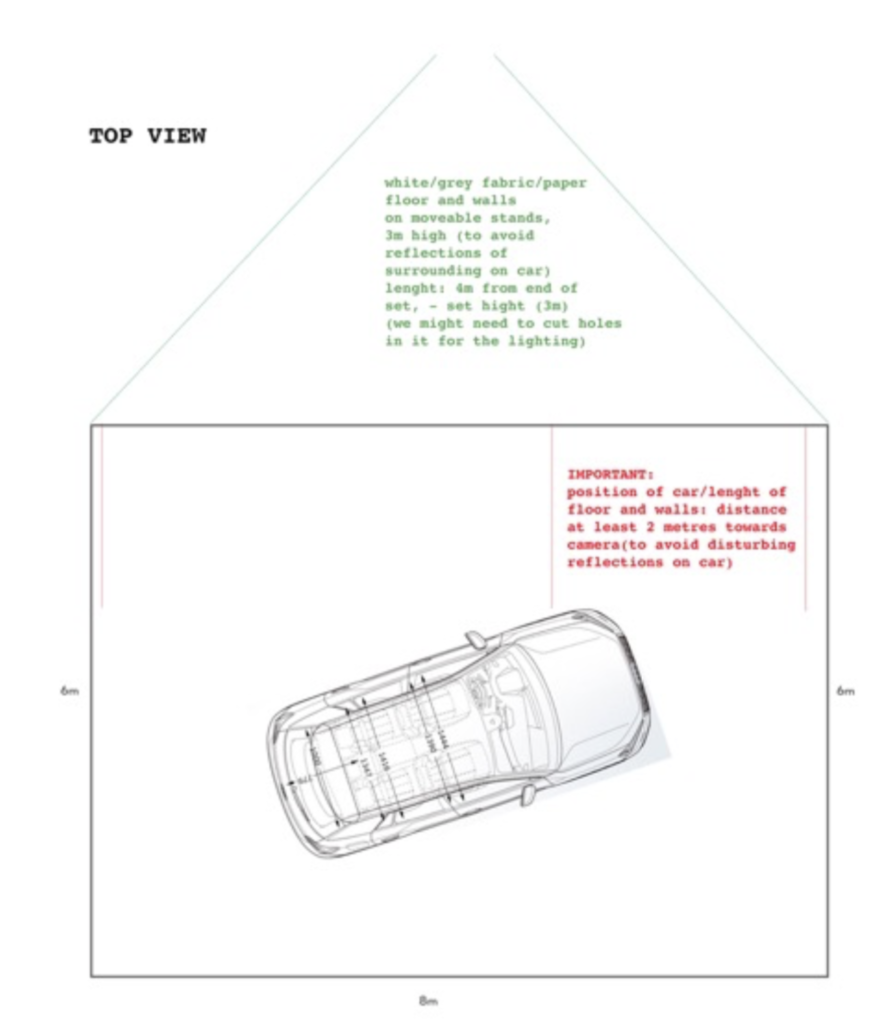